I'm not even sure how it is possible that we will wake up tomorrow morning to the sweetest smiling face of a 1 year old!! Hayes' 1st year of life has literally flown by! Our baby boy will be a One Year Old! I'm still trying to wrap my brain around that. Plus, I believe this will transition him from being my baby into the Toddler category...(sad face for mommy). But..it is time to celebrate our joyful little boy who has completed our little family! Tomorrow we will bake a cake (b/c according to Kennedy that is the most important part) and celebrate with our little family, and later this month we will celebrate with grandparents, aunts, uncles & cousins! A true celebration for a special little boy!
Our sweet friend, Harper, spent the day with us last week. She was a trooper! Daddy took care of Hayes so that Kennedy, Harper & I could go to gymnastics and get a little shopping done at Hobby Lobby. Both of which could have been accomplished with Hayes in tow, but it was much easier with just the girls! Hayes had fun with daddy, too! Kennedy had been wanting to play with Harper for a while, so it was wonderful watching them interact throughout the day. Everyone did an excellent job of sharing, helping and being kind to one another.
Drake's Speech Therapist had a mobile swallow study team come out to our house. Things did not start out well. Drake does not do well with new people, new settings, warm temperatures, ect... The lead in the team wanted to give up, but Lisa and I stepped in and kind of took over. Once the AC was cranked up, his personal chair was brought in, and Lisa and I were the only two people working with him, everything changed! He passed! We have been cleared to continue working on tasting trials!
Our kiddos had a fun weekend with Mimi while Brian and I were visiting his family down in New Braunfels! It would not be possible for us to go out of town at all without the support of family...especially, Mimi! Not only does Mimi enjoy spending time with her grand-kids, but they get excited to have her in town, too! This makes the transition of us leaving very smooth. Kennedy is really good at talking Mimi into special treats...like sleeping in mommy and daddy's room. I guess a grandparents job is really to spoil the kids...lucky for Drake, Kennedy & Hayes! 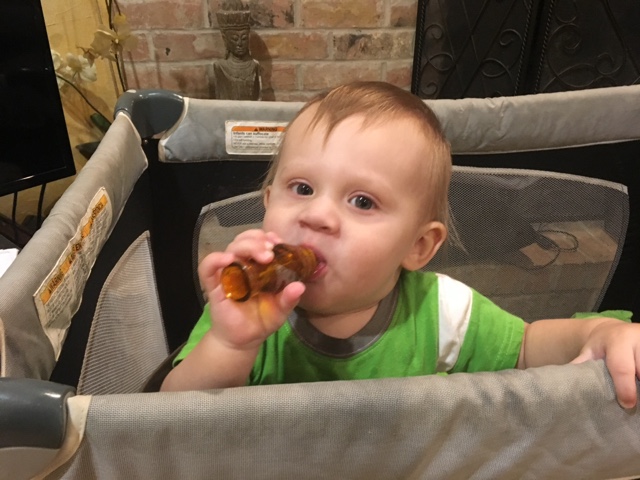 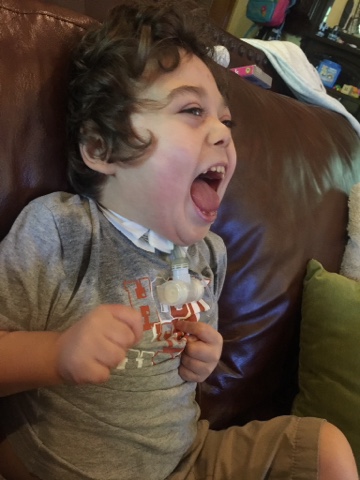 Everyone is excited about Hayes' bday! 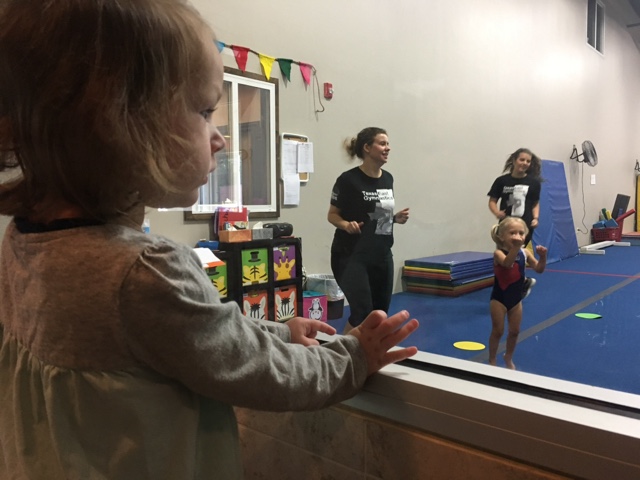 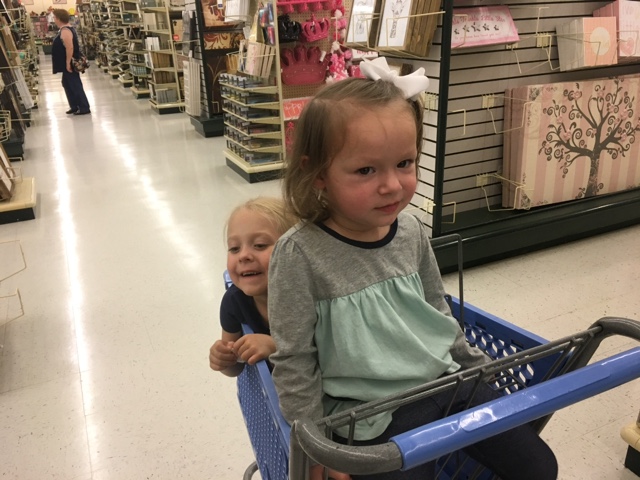 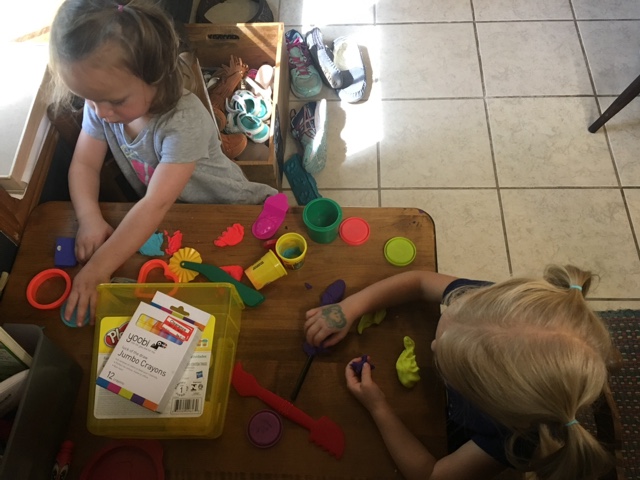 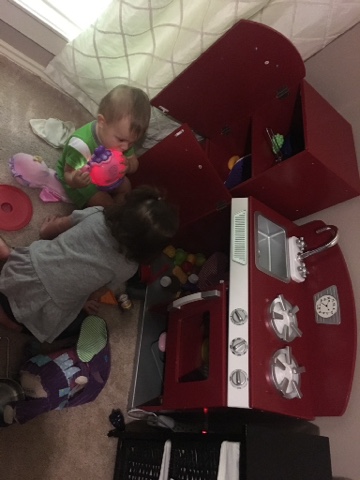 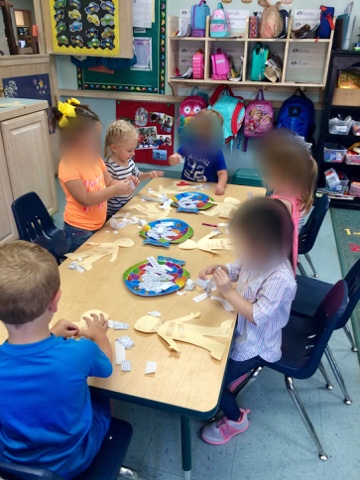 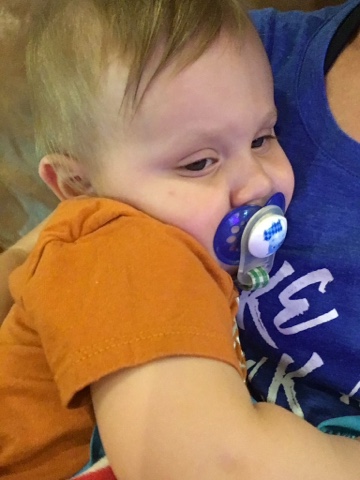 I love when he is tired and snuggly!
Posted by Drake and Kennedy at 11:22 PM